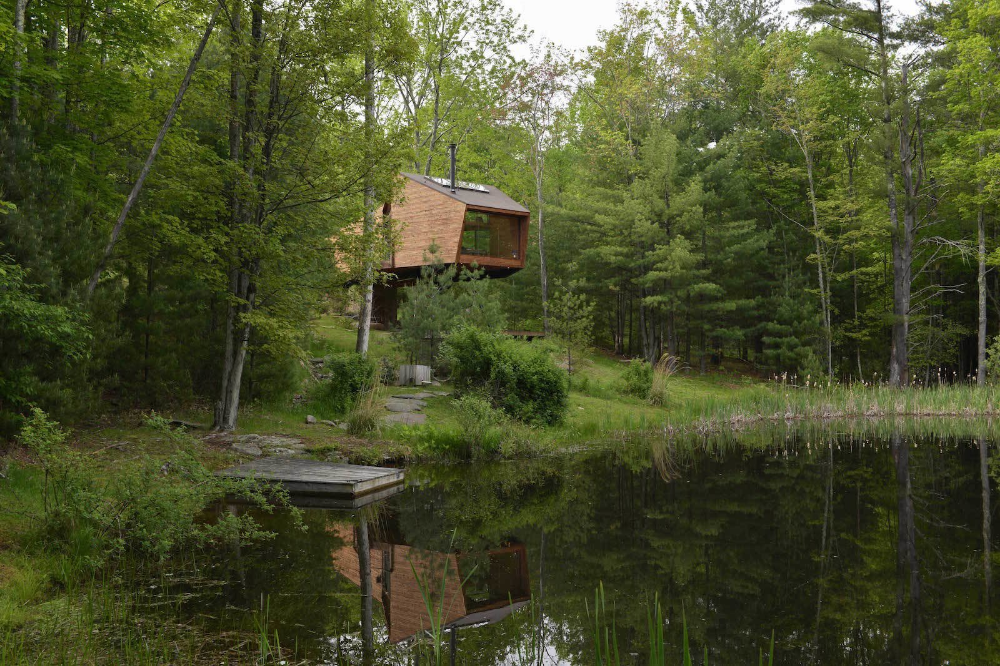 We all need a place to stay, but also we all need and have different perspectives and possibilities of where that place could be and how it would look like. Some people enjoy living somewhere quiet and far away from urban or suburban lifestyle. We made a list of 15 houses built on what we would call impossible locations, so let’s take a look.

In 1968, on top of a rock, in the middle of the River Drina, there was a house built. This house has stood there for nearly 50 years. Pretty amazing, right?

One of the famous Thousand Islands, named Just Room Enough Island, lies on the Saint Lawrence River, and is close to the US-Canada border. It is the smallest inhabited island with one house on it. Washington Post made a joke about the house, stating: „One misstep and you’re swimming.“

300 years ago, Ellidaey Island was inhabited by five families who survived by fishing and hunting puffins in the area. Now, there is one isolated house on the island, without water, electricity and with that no Internet, and with sauna.

Keret House is a micro-home between two buildings. It’s only 36 inches wide at its widest point.

Living in seemingly impossible locations sometimes has nothing to do with wanting to get away from people, but with the fact you are forced to live there. In Coober Pedy, an opal mining town, the scorching 120-degree heat made its inhabitants move in inside the earth, and for over 100 years they have lived there.

In small village Stanton Lees, historic Nine Ladies site was supposed to get quarried for gritstone. In order to prevent that, its inhabitants made tree houses.

Software developer, Joel Allen, built his modern version of a treehouse when he was 26.

In 2011, two technically illegal houses were built on the top of a factory building, in a curious sit.

Here’s another case of homes built illegally on top of a business building in China. Nowdays these 25 houses are served as dorms for employees from the mall.

Since 17th century, the Paro Taktsang Monastery, where monks practice the Buddhism, has been tucked away no a rock.

Another complex of monasteries, this time of Eastern Ortodox monasteries, known as Meteora, is sitting atop sandstone pillars. UNESCO included Meteora on their World Heritage List.

Solvay Hut is the highest-altitude house, with location on more than 13,000 feet up.

Engineer Jono Williams has created his own santuary and named it Skysphere. It is completely app and voice controlled and has ability to go into locked-down „zombie mode“.

A „dingzighu“ or a „nail house“ is Chinese term for an occupied home whose owners are holding out against property development.

Same phenomenon is present in other parts of the world. For example Lone House in Turkey, which was eventually demolished.

Detective Pikachu Sequel Is Already In The Making

5 Lesser-Known Places to Visit in Thailand in 2023