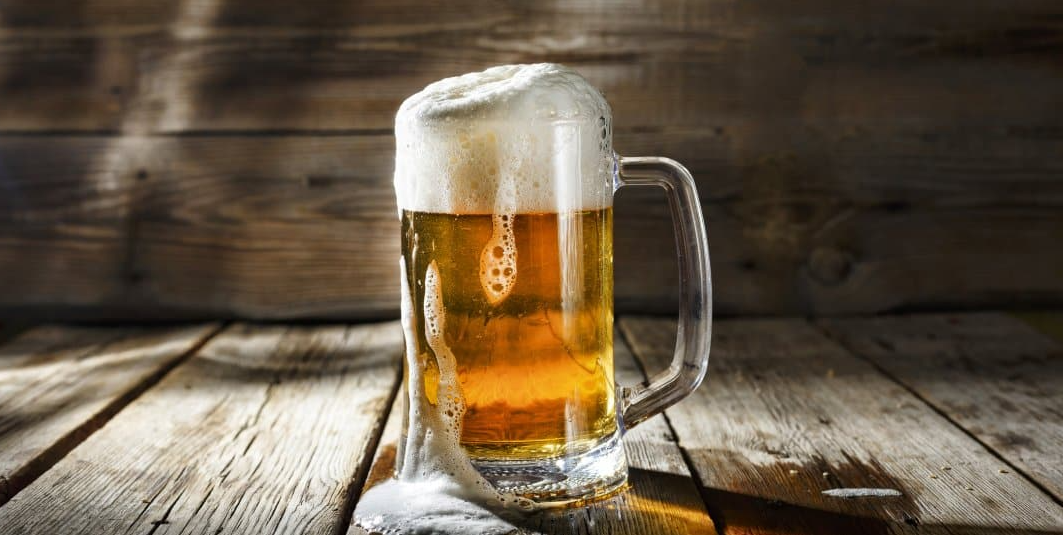 One of the main problems and dilemmas that vegans are facing when it comes to their diet
regime is whether or not they can drink beer. Sometimes, being a vegan as beneficial it is, can
bring different challenges and a lot of sacrifices. However, to people who are vegan, that is the
price it’s worth paying for. We have good news for you since beer is the alcohol that you can
freely consume!
Many people are familiar with the most crucial ingredients that beer is made of. We are currently
talking about popular beer ingredients including yeast, hops, and water which are essentially
vegan. After reading this you can give the assumption that every beer brand is vegan and that
you are free to consume all of them. However, that is not the case.

As we previously mentioned, a beer can look like it is vegan according to the crucial ingredients
that are used for its production. However, whether or not some beer is vegan actually refers to
the ingredients that are used during the fining process. More precisely, this is the process that
includes filtering out suspended yeast as well as polyphenols so it can produce that clear and
crisp beverage.

That is where we are coming to the point where we need to tell you that some
animal-derived ingredients are actually used in most cases in this fining process. More precisely,
ingredients such as isinglass and gelatin which are the dried swim bladder of a fish are mostly
used fining agents. On the other hand, a certain beer can also be filtered with some other
ingredients including silica gel, Biofine (a combination of silicic acid and water), and Irish moss
seaweed.

However, we have good news for all vegans out there! Research is showing that more and more
breweries are now avoiding using animal ingredients in the process of producing beer. This is all
thanks to the rising demand for the millions of vegans all around the world. Barnivore is an
online platform that is considered a reliable database source that includes more than 54 000
different alcoholic beverages that vegans can consume.

The world is facing a huge change trend in the recent period. It refers to the fact that the number
of vegans is increasing more and more by each day. This is a clear sign that proves how much
the awareness of the people is changing and that they are starting to make a conscious decision in
order to take better care of themselves and the other living beings. There is no better proof of that
than the fact that vegans are even careful when it comes to consuming some particular alcohol.
Being vegan in the modern world is increasingly trendy.

Therefore, some of the major brewers are very paying attention to this and they are putting a lot
of effort into creating beers that are 100% vegan-friendly since they are aware of the fact that the
vegan trend is going to expand hugely in the future and they care for their customers.

As we said if you are a vegan you have absolutely no reasons to worry about whether or not you
can drink beer. Because the answer is – yes, you can! In fact, you can find a wide range of
different alcohol free ciders you can try and consume. In the following text, we prepared some of
the most popular beer brands that are offering completely vegan-friendly products that you can
enjoy!

1. You can enjoy Budweiser

Even though opinions are different due to individual preferences and tastes, most people will
agree that Budweiser is one of the most popular beer brands in the world. This company comes
from Germany and it is founded by Anheuser-Busch. Budweiser beer products are existing for
more than a century. Best of all is that special Bud Light, as well as the Bud Light Lime-a-Rita
beers from this brand, are vegan-friendly since they do not contain any type of animal
ingredients.

2. Guinness can be your option as well

Maybe you have not had an opportunity to try Guinness’s famous Irish beer, but now you can.
They were using isinglass to filter the beer. However, in 2015 company declared that it is going
to become vegan-friendly. Now, we can say that this company has a wide range of different
beers that are vegan-friendly. Therefore, you can be free to taste them!

3. What about Samuel Adams?

Samuel Adams’ Boston Lager has only 5% of ABV. However, that is not the only beneficial
thing about this beer since most of their beers are completely produced for vegans. You have a
wide range of different taste options such as Summer Ale, Black Lager, and OctoberFest.

4. Do you prefer more Corona?

Mexican beer Corona is one of the most popular beers around the world and it is available in so
many markets. Best of all, if you ever wonder whether or not this brand is producing vegan-
friendly beer, the answer is positive. In fact, all of their available beers are vegan. Corona s
popular for its light and refreshing taste. It is commonly served with lime. It has a fruity aroma
which is a perfect option for warm summers days.

One more strong, crisp, and most of all, vegan beer comes from Stella Artois brand. This brand
comes from Belgium, and it started to produce beer back in 1708. All of the available beer
options are suitable for vegans, except the apple cider one.

6. Grolsch is one more option for vegans

Dutch brewery brand called Grolsch is founded back in 1615 which means that the company
really has a rich and long history of producing beer. The most popular lager is the Grolsch
Premium Pilsner. Most of the beers from this brand are vegan-friendly, except the Winterbok,
Blonde Saison, and Milk Stout options.

7. Do not forget about Heineken

Finally, one more beer brand that you can enjoy as a vegan is Heineken. Their beer contains
5,3% of alcohol and it is completely vegan.

3 Food Recipes and Meals Inspired by the Bible