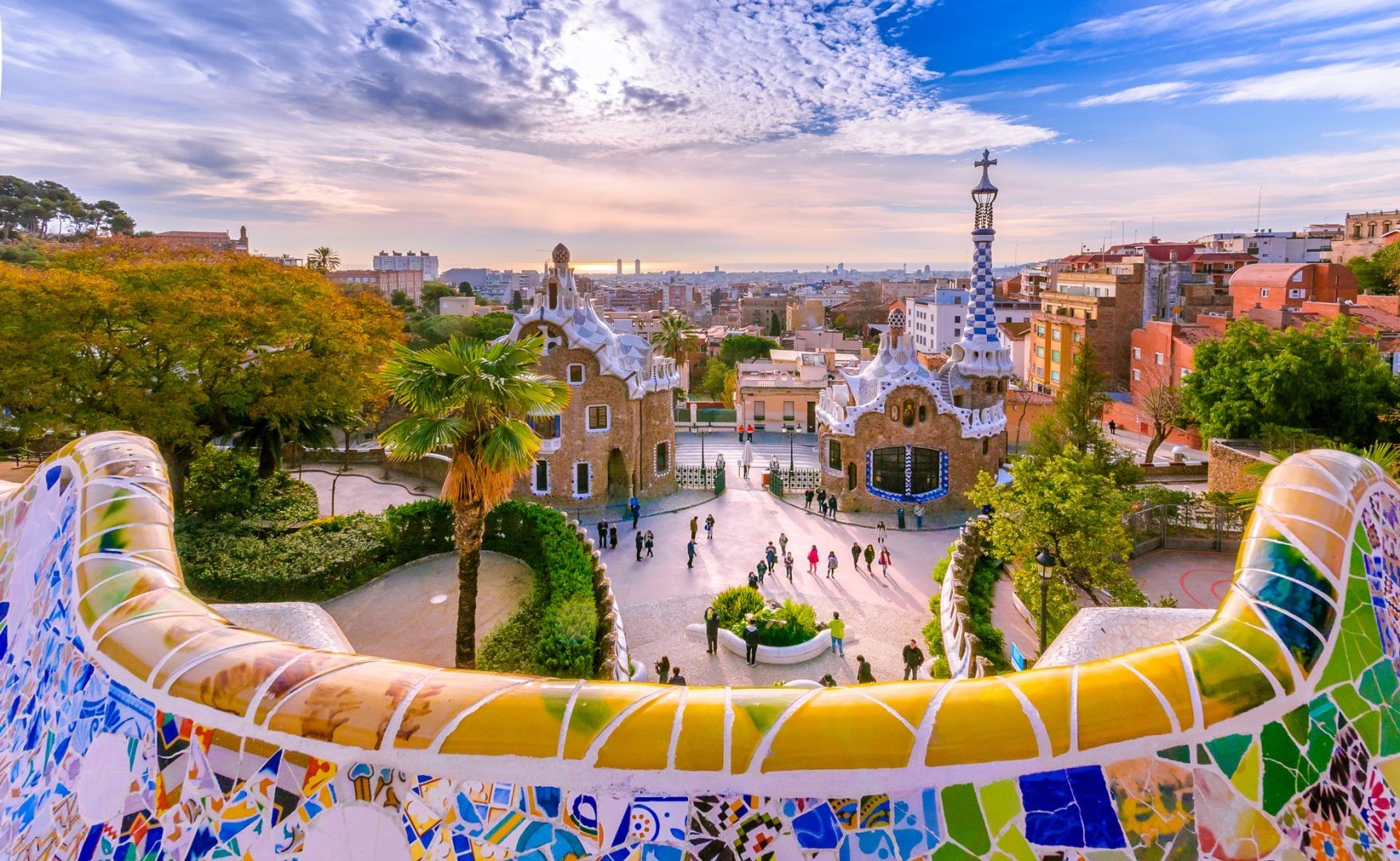 Barcelona is a tourist city. It is calmer in winter, but during the high season from May to October, there is nowhere for an apple to fall on the central avenues, especially on weekends. Tickets to the Sagrada Familia are sold out in 3-5 days, and in the most memorable places it is impossible to take a good photo “without people”.

Therefore, we decided to offer the top 5 places where you can escape from the tourist bustle and, at the same time, enjoy the atmosphere of the city.

One of the many buildings of the legendary Gaudí in Barcelona. But, unlike the well-publicized Houses of Batlo or Houses of Mila (La Pedrera), this mansion is visited by no more than three dozen tourists every day!

The name “Bellesguard” from the Catalan language is translated as “beautiful view”. From the roof of the mansion, which is accessible to the public, offers a breathtaking view of all of Barcelona. Here it is – the best observation deck in the city. If you are looking for a social club in Barcelona, this is the right place to visit! Barcelona is thriving with coffee shops and other establishments that may be of interest to you.

The history of this site at the foot of Mount Tibidabo is associated with the king of Aragon, Martin the Humane, as well as the Catalan robberSierralonga. Therefore, the legendary architect Antonio Gaudí, when creating a private mansion, tried to preserve the heritage of the glorious and rich history of Catalonia. Complementing this with modern architectural techniques: mosaic benches, stained-glass windows, openwork metal forging and other outlandish accents so characteristic of Gaudi.

Around the Bellesguard Tower is a garden with coniferous trees, the cones of which are so reminiscent of the cross that crowns the tower of the house. Coincidence?! Knowing Gaudí’s architecture, I don’t think so.

Amazingly beautiful hospital complex built in the first half of the 20th century by the outstanding architect Luis Domènech i Montaner. It is located 15 minutes walk from the Sagrada Familia. But few tourists know about this diamond of modernist architecture. The hospital was designed as a garden city with dozens of buildings for patients.

No two buildings are the same here! Each is decorated with ceramic and stone flowers, images of saints and heavenly patrons of Catalonia. Between the buildings are laid green alleys with orange trees and benches in their shade. The decoration of the chambers is blue and beige tiles of incredible shapes and volumes, and sunlight penetrates through the stained glass windows. Inside – rest, outside – optimistic flowering at any time of the year. Domenech seems to have believed that art has a therapeutic effect.

A park far from the city center, where the legendary film “Perfumer: The Story of a Murderer” was filmed. A labyrinth of cypresses is just a small part of a huge green park laid out in the 18th century. Here you can soak up the shade of trees on a hot summer day, have a picnic at a table at the entrance to the park, feed red fish in an artificial pond and take a couple of dozen great pictures to remember Barcelona.

Another park, the existence of which few people who travel to Barcelona know about. And it is located on Montjuic, just 200 meters from the Teleferico del Puerto cable car station, the red cabins of which fly over the old port of Barcelona, ​​between the Barceloneta district and Montjuic mountain. In this part of the mountain it is calm, there is a lot of sun and it is warmer than in other parts of the city.

This special microclimate contributed to the fact that succulents from all over the world took root here. Their neighbors are slender palm trees and other representatives of the Mediterranean flora. Photographers have chosen this location, as there are always few visitors here and very atmospheric shots with giant cacti come out. You can check more info about social clubs and coffee shops.

A place where gothic, classicism and modern meet in one place, very unusual and fascinating. Cemeteries in Europe have long become tourist attractions, because often the rich and bourgeois ordered crypts and tombstones from great architects for themselves and their families. The Montjuic cemetery is no exception. The artists Joan Miro and Ramon Casas, the Catalan politician Francesc Macia, the flamenco dancer Carmen Amaya and Jacinth Verdeguer, the poet, whose composition Virrolay is performed by the Montserrat Boys’ Choir, are buried here. Those who rest on Montjuic have a beautiful view of the sea.

How Long Can You Keep Mini Succulents in Their Original Pots?